Visualising the links between art and science through the ages. We each contributed three influencial artists/designers/writers/musicians, one significant artwork, three significant cultural/social/political/philosophical/art historical movements or periods, three significant scientists, and three technological or scientific advances.

It was interesting to see the overlaps and gaps between disciplines. Key observations included the much higher concentration of content towards the present day, a bias towards western culture, and the lack of prominent women remembered by history, which we concluded was due to the greater number of modern historical records, familiarity with recent over ancient history, more familiarity with western cultural references, the dark ages gap between 1000-1400 AD when eastern cultures were more prominent but which we less familiar with – a reflection of the majority of our class. 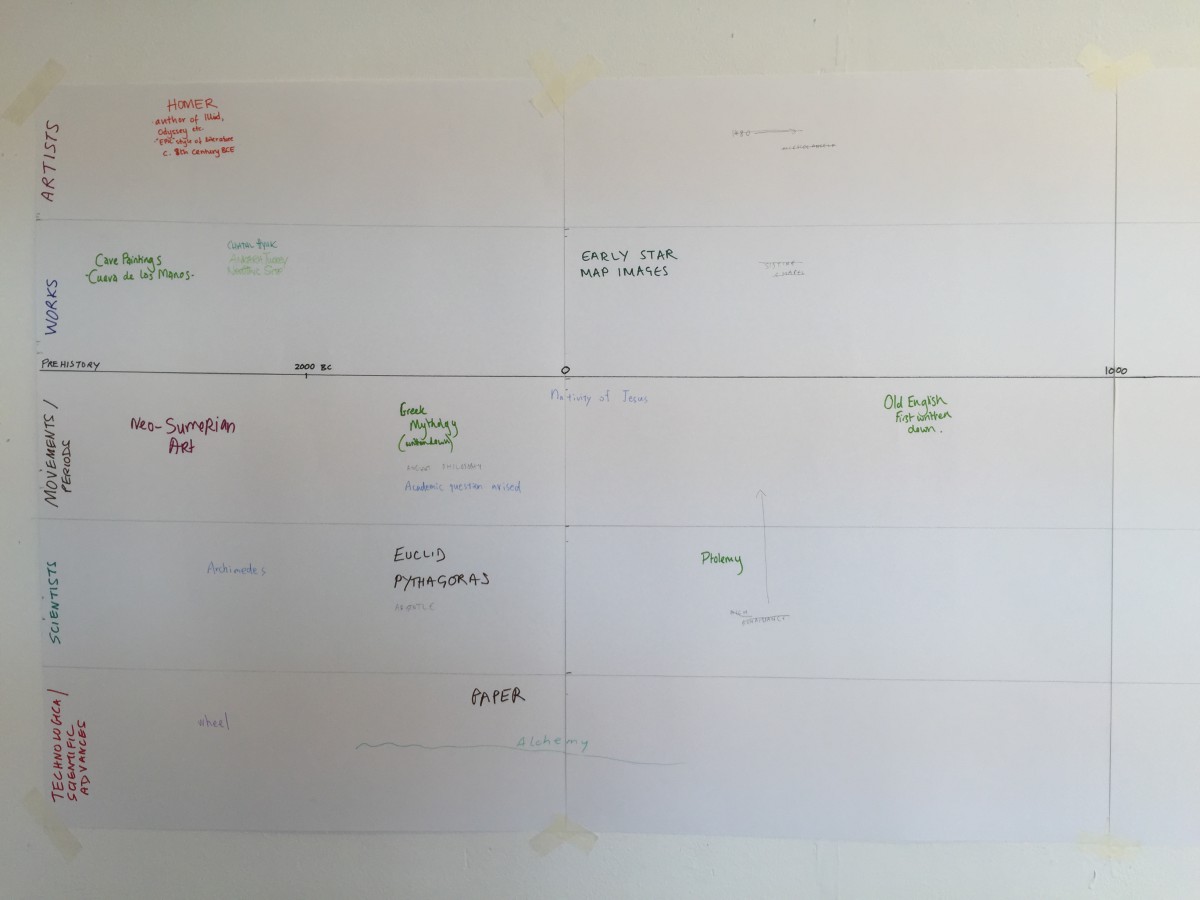 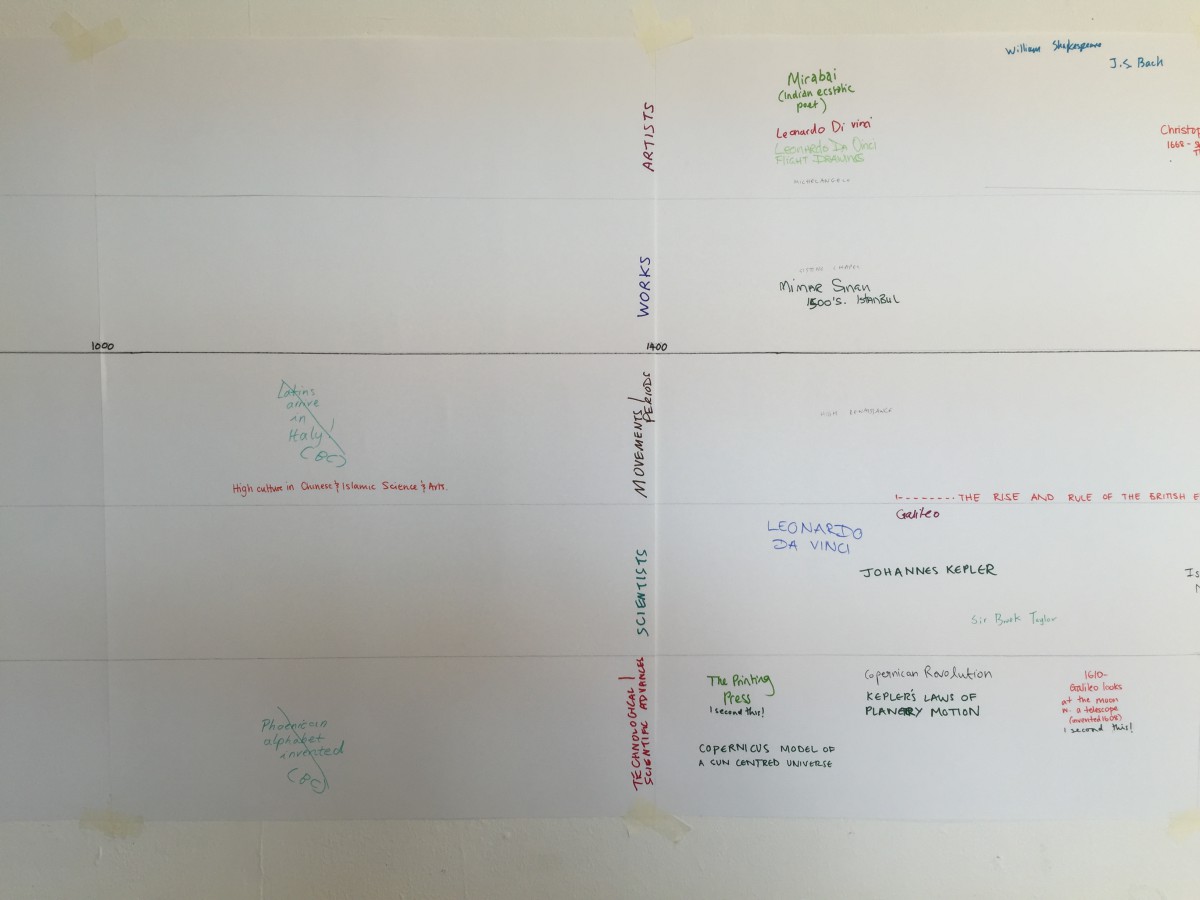 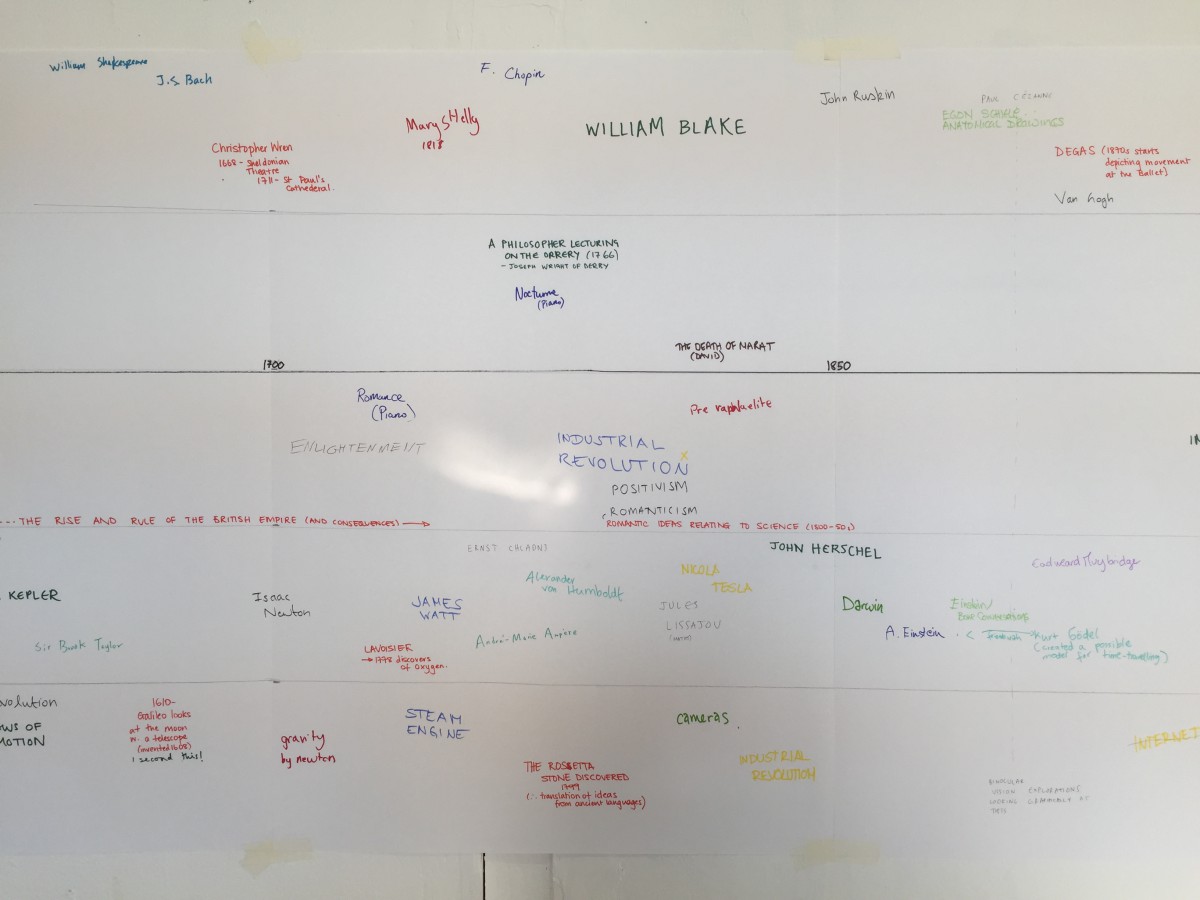 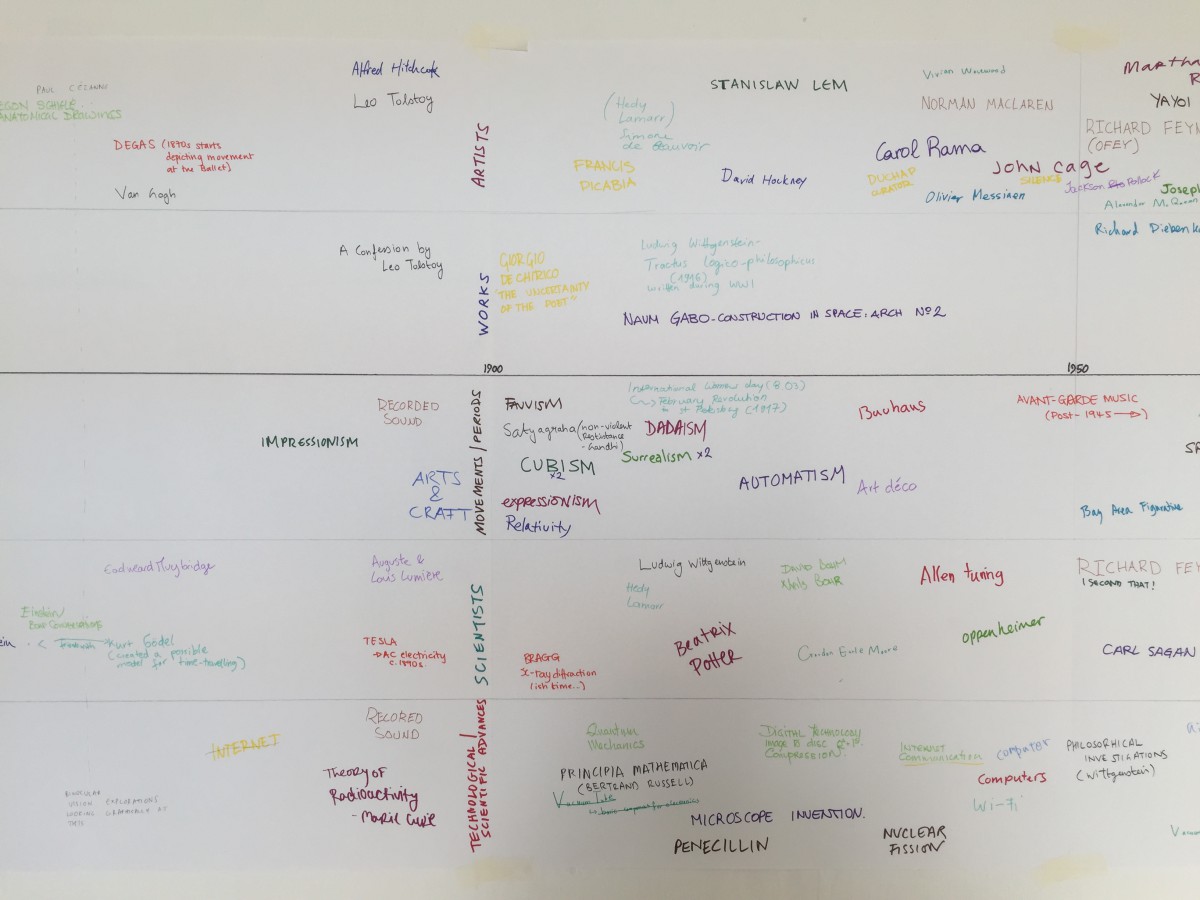 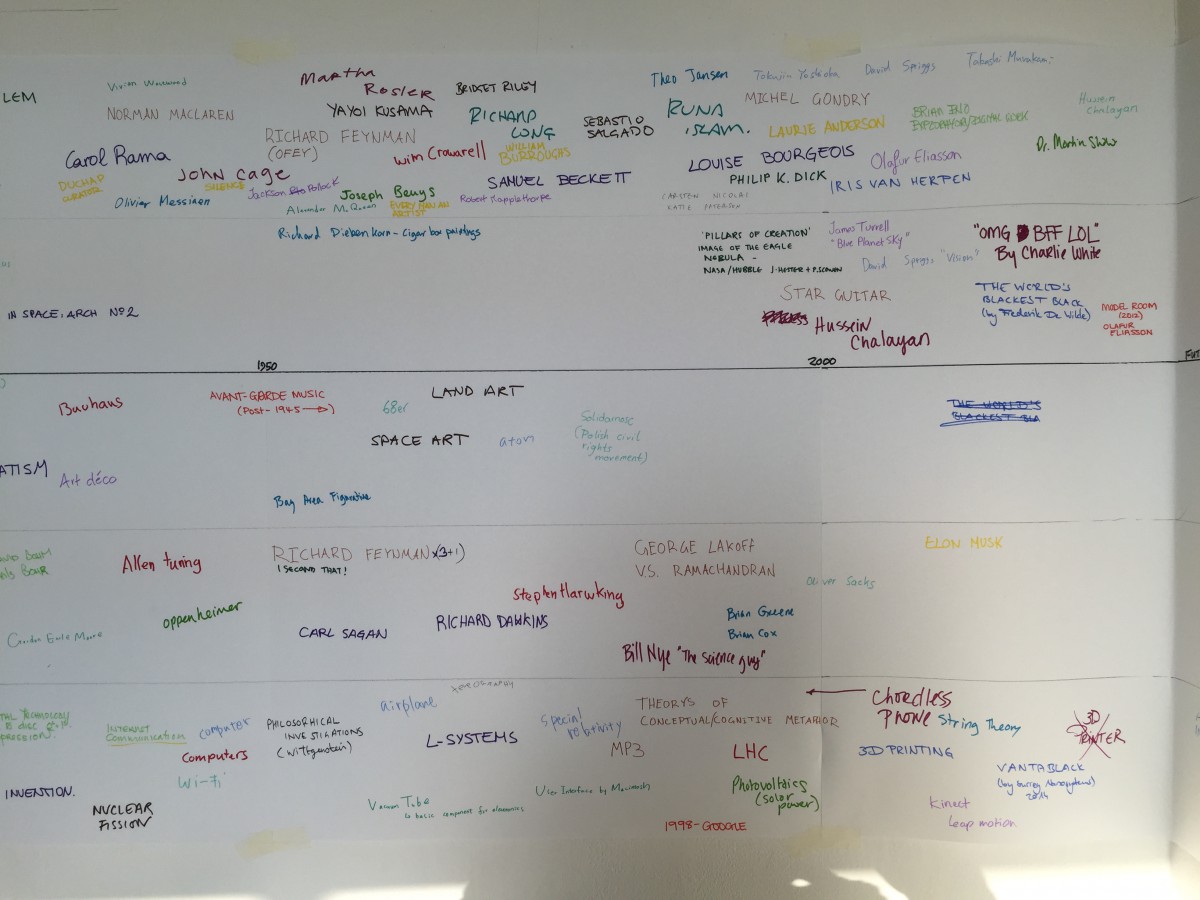