Installation of ice casts with with sliced high and low density polyethylene. 36x20x21cm.

The Arctic is warming more than twice as fast as the global average. Levels of sea ice have significantly declined and it is predicted that the Arctic Ocean could become ice-free during the summer months this century due to global warming. Most of the marine plastic litter from Britain ends up in the Arctic, taking less than two years to get there, and ice core samples from the Arctic have been found to contain high concentrations of plastic particulates. As the polar region warms and annual sea ice declines, large quantities of microplastics will be released back into the ocean. Around Britain that could also mean sea level rise of up to 1m and more extreme weather events affecting agriculture, health and wellbeing, buildings, and the natural environment. 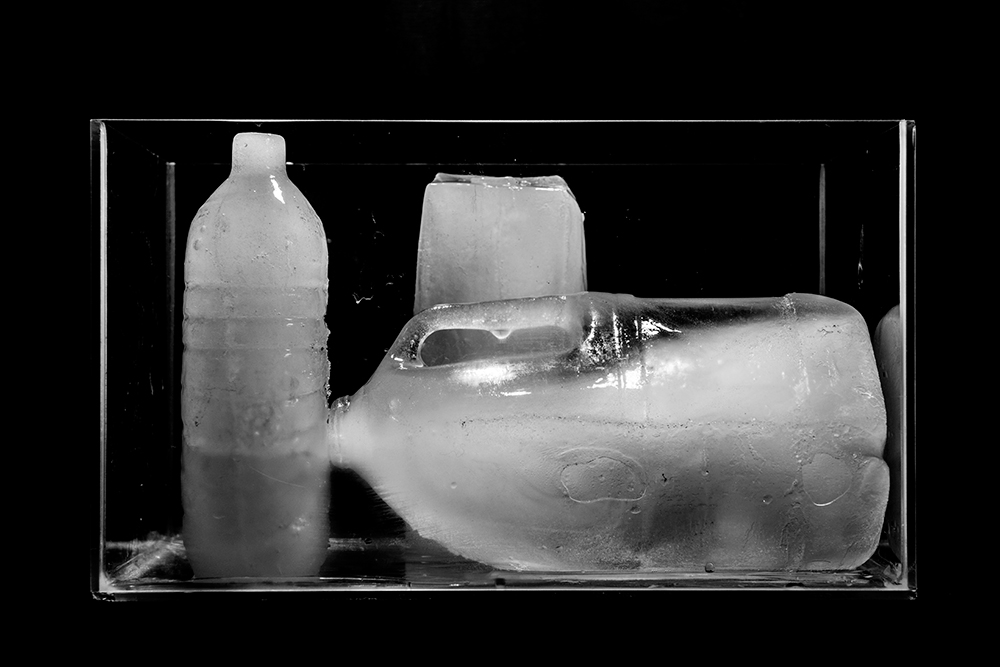 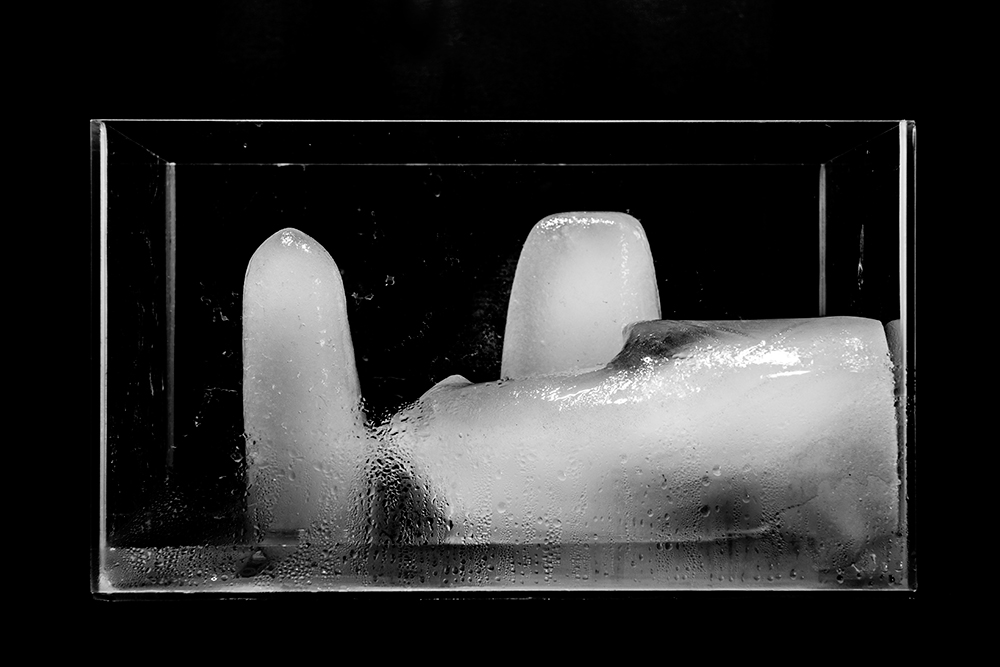 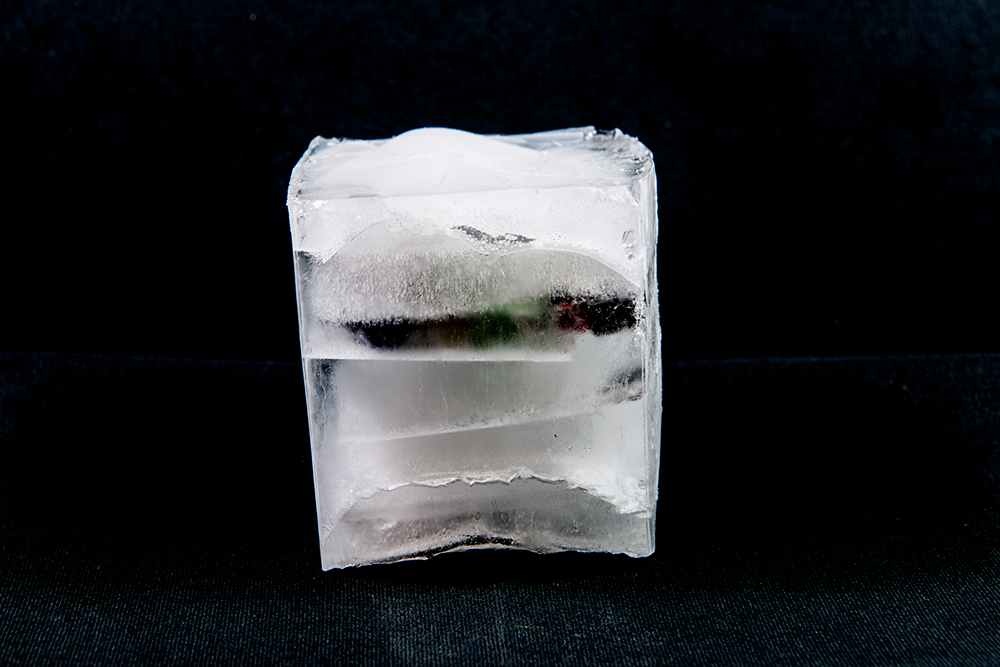 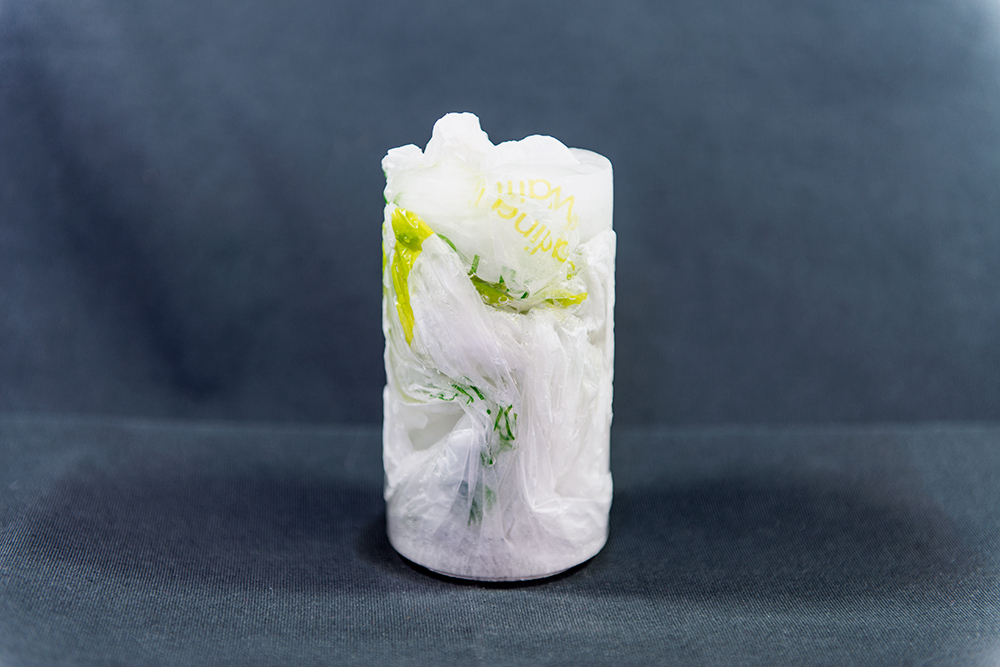 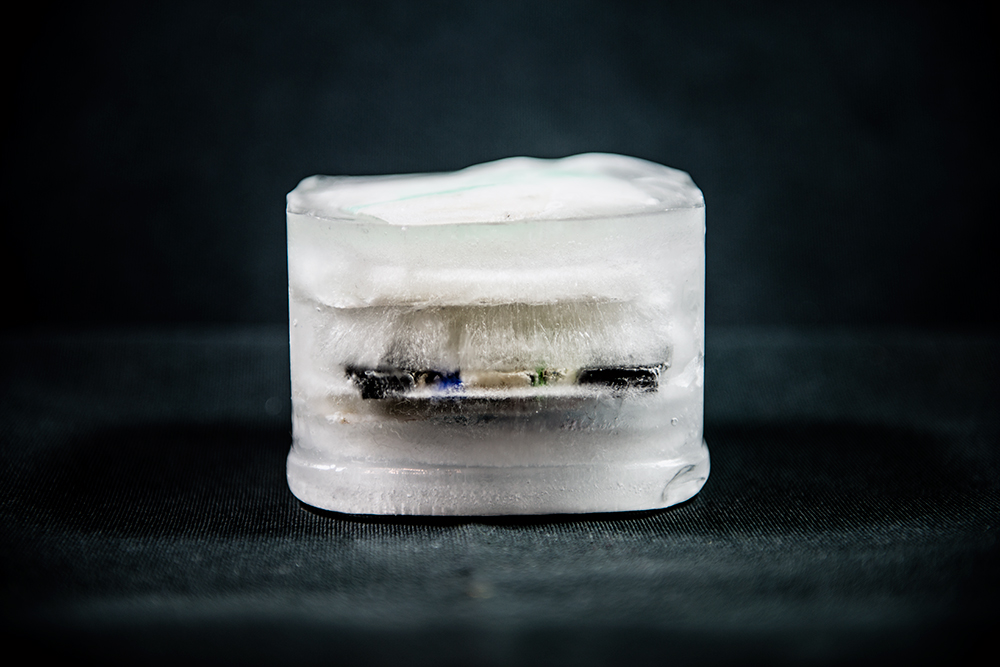